In 2006 Dr. Natalia Potapova started her ophthalmology residency at the Department of Ophthalmology at Louisiana State University’s Shreveport Medical Center. The LSU program is considered one of the top ten programs in the country with regard to surgical cases performed by the residents. While at LSU Dr. Potapova met several wonderful professionals who shared her passion not only for ophthalmology but also for helping less fortunate people at less technologically developed areas of the world. One of these people was Dr. Alan B. Richards, who helped initiate a program for diagnosing and treating eye problems in prematurely born babies. This program later grew into a charity organization called Shreveport Sees Russia.

From its beginning, this organization has been dedicated to finding technological and human resource support for intensive neonatal care of prematurely born babies who are often at risk to develop a disease called retinopathy of prematurity, or ROP. 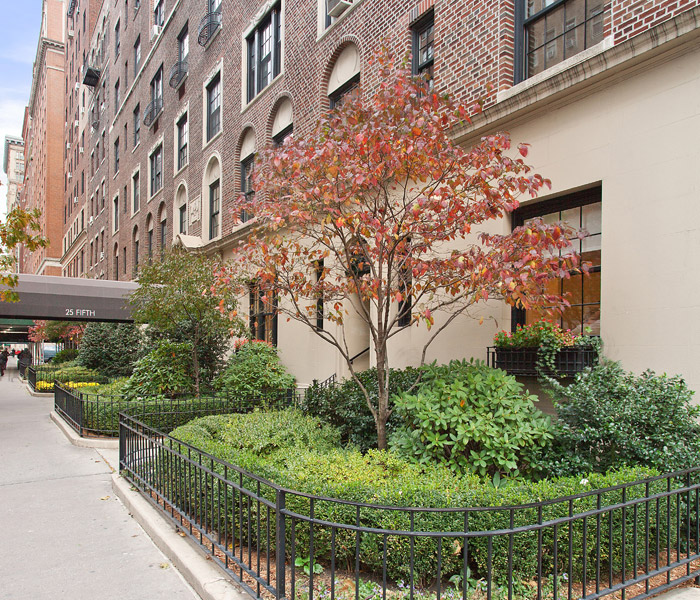 In the United States an ROP epidemic occurred in the 1940s and early 1950s, when hospital nurseries began using excessively high levels of oxygen in incubators to save the lives of premature infants. At the time, ROP was the leading cause of blindness in children in the US.

In 1954, scientists funded by the National Institutes of Health determined that the relatively high levels of oxygen routinely given to premature infants at that time was an important risk factor, and that reducing the oxygen levels reduced the incidence of ROP. With newer technology and methods to monitor the oxygen levels of infants, oxygen use as a risk factor has diminished in importance. While in the United States possible blindness is no longer a common threat to prematurely born babies, in Dr. Potapova’s native Russia, retinopathy of prematurity is still one of the major causes of  blindness in kids, accounting for almost 50% of the children in schools for the blind. The majority of these kids could have avoided blindness had they been treated properly at birth.

The objective of Shreveport Sees Russia is to educate Russian ophthalmologists and neonatologists, and to bring modern medical knowledge and technology to the rescue of premature babies in Russia. The group’s first visit to Moscow was arranged by Dr. Potapova and Dr. Richards in 2008 where they organized a round table, answered questions at the conference, gave lectures and performed examination of the newborns. 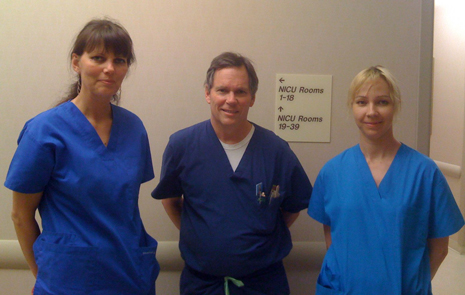 
In 2009 Dr. Richards returned to Moscow with the same mission. At the same time he started a wide fundraising campaign in the United States, allowing the group to buy some equipment and bring more top-notch physicians to Russia. Other prominent specialists got involved in the work of the organization, among them: Dr. Graham E. Quinn the discoverer of and renowned expert on ROP; Dr. Clare Gilbert from the London Health Association; neonatologist Dr. Brian A. Darlow; and others. In 2010 all these specialists went back to Russia to participate in the work of an ophthalmology conference that was organized at the federal level and attracted ophthalmologists from around the world to its urgent agenda.

Currently, Shreveport Sees Russia continues its projects to bring more medical specialists, experts and equipment to Russia and to save more babies from blindness. Its next big event is a planned series of medical workshops in the Altai region of Siberia, scheduled for the summer of 2014. In order for our organization to continue to grow and extend our activity, we are humbly asking for help from everybody who understands the importance of preventing blindness in babies and can donate to this noble cause. Please support us if you can, and do remember that no amount is too small for us to appreciate your help and generosity. 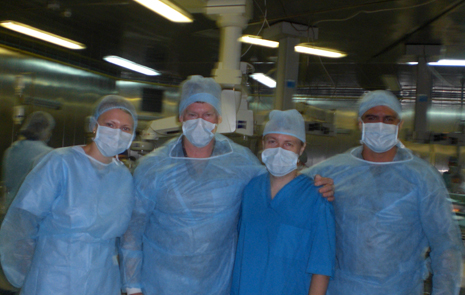 Our team at Eye Microsurgery institute

Please make your check payable to IAPB-NA* and mail it to: