Shortly after she was accepted to an ophthalmology residency at Moscow’s renowned and highly selective Eye Microsurgery Institute, headed by Sv. Fyodorov. She completed this residency in 1999 and immediately started practicing ophthalmology in Moscow.

After deciding to move to the United States to further her professional career, Dr. Potapova was accepted into a preliminary internal medicine internship at St. Raphael Hospital at Yale School of Medicine which she completed in 2005.

Dr. Potapova then received a clinical fellowship at the NIH, National Eye Institute in Bethesda, MD, with Dr. Nussenblatt and Dr. Clarke, where she worked from 2005 until 2006.

After a challenging selection process, Dr. Potapova was chosen for her ophthalmology residency at Louisiana State University’s Shreveport Medical Center Department of Ophthalmology. She completed this program in 2009. This program is ranked as one of the top ten programs in the country in regards to surgical cases performed by the residents. Dr. Potapova’s in-service exams during her residency were rated in the 90th percentile or higher among other ophthalmology  residents across the U.S. 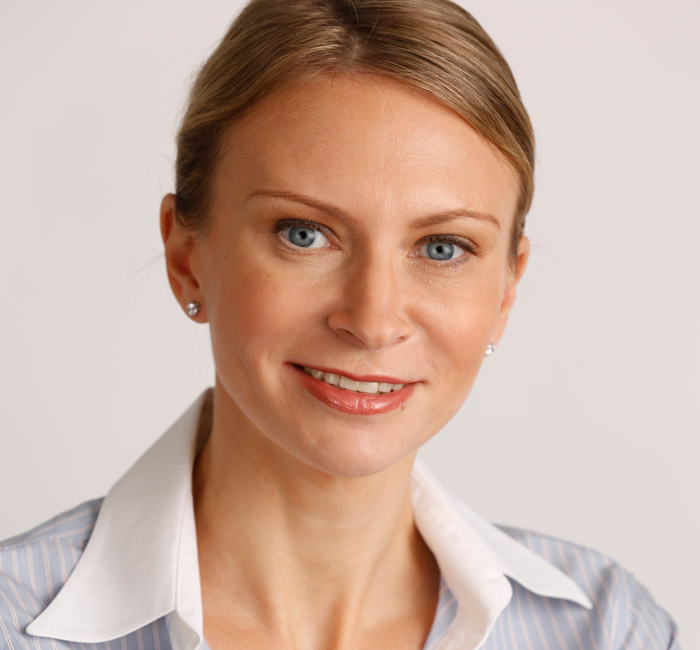 Personal Statement
After receiving her New York license in 2010, Dr. Potapova joined  a practice at Preferred Health Partners in Brooklyn, NY, where she quickly became one of the leading surgeons in the group.

Since 2010, Dr. Potapova holds her professional affiliation at the American Academy of Ophthalmology.  She takes an active part in supporting and promoting the charity organization which deals with ophthalmological neonatal care  in Russia, a serious issue close to her heart.

With her extensive education and work experience, Dr. Potapova offers a wide range of ophthalmology services from comprehensive eye exams and eye glasses prescriptions to laser surgery and cosmetic treatments. Dr. Potapova can address all your eye care needs in a comfortable and stress-free environment.

Dr. Potapova  spends most of her free time with her family; she enjoys cross-country and downhill skiing. She also plays the piano, and loves dancing and basketball.